Five Get Into A Fix: Enid Blyton, Brexit and modern Britain

Analysis: influenced by the turmoil of the 1940s and 1950s, Enid Blyton's work also reflects the political climate of today's Britain

Enid Blyton was a British children’s author who wrote over 600 books between 1921 and 1965. Some of her most famous series are The Famous Five, Malory Towers, Noddy and The Secret Seven.

A film adaptation of Enid Blyton’s The Magic Faraway Tree (1939-1946)series is being made by StudioCanal, written by Simon Farnaby, the co-writer of Paddington 2. This series, along with The Wishing Chair (1937-1950), are Blyton’s two most popular fantasy series and both were written around the time of the second World War. In these stories, we follow the exploits of brave British children as they discover and explore fantasy worlds filled with wonderfully named characters such as the Saucepan Man. 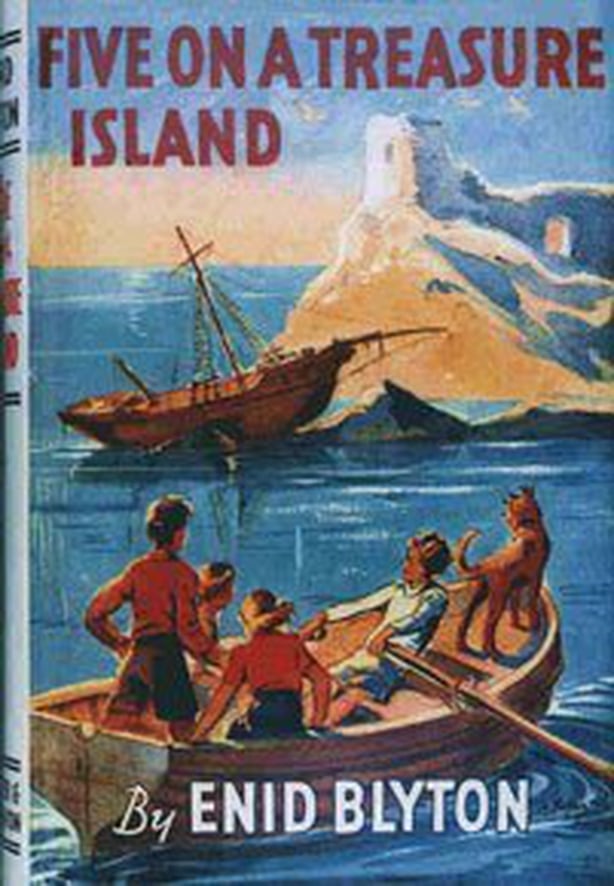 Blyton’s books have sold millions of copies – estimated somewhere around the 500 million mark – and she is one of the best-selling fiction authors of all time. Despite her immense popularity, relatively little scholarly research has been done on the author’s work. Due perhaps to the phenomenal success of the Harry Potter series, popular children’s fantasy fiction is a category now considered worthy of academic attention.

But Blyton’s fantasy work remains under-explored and under-researched. There are numerous reasons why her work has been ignored by critics, the most predominant being the general discrediting of Blyton’s fiction as non-literary, or sub-literary and therefore unworthy of serious critical analysis.

The general, popular opinion of Blyton is that she was a childlike, psychologically immature woman who created fantasy worlds into which she could escape. As a result, her fantasy books are dismissed as escapist by children’s literature scholars. While other Blyton series, such as The Famous Five and The Adventurous Four have been studied in relation to their historical context, the fantasy texts are thought of as entirely disconnected from the historical, social and political context in which they were written. 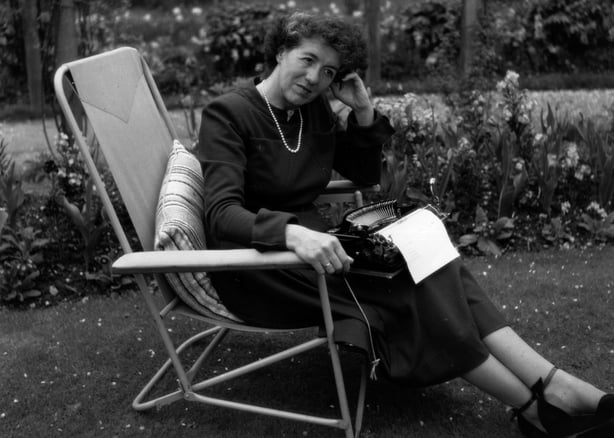 I offer a counterargument which maintains that the fantasy books were heavily influenced by the political ideologies and the turmoil of mid-20th century wartime Britain. The texts are a reflection of, rather than a distraction from, Britain’s engagement in the second World War.

Contrary to scholarly opinion, Blyton did not restrict her nationalistic and patriotic values to her realist texts. Lurking underneath the surface of the fantastical adventures of The Magic Faraway Tree and The Wishing Chair series are pervasive and strong nationalistic ideologies. A veneration of courage and the military spirit, an acceptance and a glorification of violence and a fear/hatred of the outsider are all evident within Blyton’s fantasy texts.

These nationalistic tropes are also seen in the fairy tales of the Brothers Grimm, who sought to revive and use folklore and fairy tales to help construct a sense of national identity for German people in the 18th century. Similarly, in Ireland, W.B. Yeats revived folklore and fairy tales of the Irish peasantry to stimulate a sense of Irish national identity in the 19th century. Blyton used these nationalistic elements to create patriotic stories in which courageous young British heroes eradicate the figure of the outsider and foil the attempts of the enemy to invade and conquer their home, thereby providing a sense of agency and power to child readers.

In The Adventurous Four, a realist, non-fantasy text,Blyton’s allusions to the war are far more explicit than in the fantasy series. References to Nazi Germany are scattered throughout the story: the child protagonists see "the sign of the cross…the sign of the enemy, the foe of half the world". Blyton’s jingoism is unequivocally expressed in The Adventurous Four. The protagonist’s father speaks of the injustice in having to "fight so much evil and wickedness", and of the necessity of remaining "strong and courageous" when fighting against "such a powerful and evil enemy as ours".

Blyton’s fantasy texts both reflect and respond to the threat of invasion felt by Britons during the second World War. The Faraway Treeis placed repeatedly under threat by foreign invasion. For instance, in The Enchanted Wood – the first book of The Magic Faraway Tree series-an army of invading red goblins hoping to conquer the Faraway Tree are captured, tied-up, and held prisoner by the child protagonists. The children celebrate the successful defeat and banishing of their enemy with a feast. 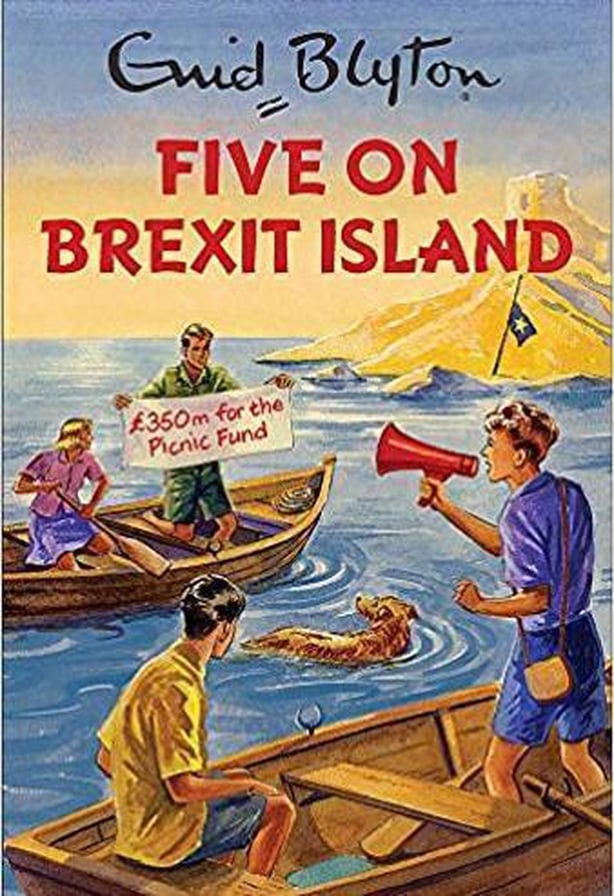 Blyton’s texts have been edited and updated for modern readers, but the nationalistic elements of the texts, and the anxieties exhibited within the texts regarding mass immigration and the permeability of borders have evaded censorship and continue to influence new generations of young readers.

The author’s name is used in parody editions of the Famous Five series, including Five on Brexit Island, and Five Escape Brexit Island. Blyton’s work represents a particular vision of nostalgic Englishness, and my research examines the manner in which contemporary publishers use the name of Enid Blyton to continue to construct an anachronistic sense of national identity for modern readers.