"The digital steroid is ephemeral and could be destroying the long term health of South Korea." Photo: Chung Sung-Jun/ Getty Images and RTÉ Brainstorm

Opinion: South Korea may be the digital heavyweight champion of the world, but that has come with health drawbacks

When it comes to digital sophistication, South Korea is leading the world by a considerable distance. Internet speeds are four times faster than the world average, with 99 percent of households regularly going online. And it’s not just the tech savvy young. More than 60 percent of South Koreans in their sixties surf the web, compared with just 30 percent in Ireland. Not content with such impressive connectivity, the South Korean Government have aggressively developed policies and programs to launch fifth-generation (5G) network services. It worked. Last December, South Korea became the first country to roll out commercial 5G network coverage.

Let’s consider their compatriots in North Korea where there are not one, but two versions of the web, both of them dysfunctional. The first version is restriction free, but can only be used by high ranking officials. Some university staff can also get access but this use is heavily monitored. The second version of the web, called Kwangmyong or "Walled Garden", is a cripplingly circumscribed design for the average citizen, who cannot access it anyway due to the extremely costs of PCs and smartphones. It is estimated that there are about 1,000 devices in North Korea capable of connecting to the web. The same figure for South Korea is 112 million. You’d have a better chance of seeing Shergar win the next Grand National than downloading your favourite Netflix series in Kim Jung Un’s eremite nation.

So it’s obvious. South Korea are the best in class and we should ape the national broadband strategies that transformed it into the digital heavyweight champion of the world. Maybe not. There could be unintended advantages to the oppressive North Korean approach.

Bear with me, I base this argument not on restriction or censorship, but on the long term consequences for our wellness and productivity. If we were to lift the hood on the South Korean digital muscle car, we see many problems. Internet addiction is now considered a public health crisis. One in 10 South Koreans display serious obsessive tendencies towards the internet, with another 30 percent in the "at risk" category. Many of the research studies on problematic internet use eminent from South Korea where clear links to depression and suicide ideations have been reported. Work, family, and general societal obligations have also received a significant wallop from the digital hammer. In an extreme example, a South Korean couple whose three-month-old daughter died of malnutrition claimed online gaming addiction as a defence.

Akin to steroids, the adulation of digital technology has transformed and supercharged South Korea to one of the buffest economies in the world. Its technology companies such as Samsung, LG and the SK Group are among the biggest and most successful anywhere. But the digital steroid is ephemeral and could be destroying the long term health of South Korea.

In his bestselling book "Deep Work", Cal Newport adroitly argues that one of the most valuable skills in our economy is becoming increasing rare: the ability to focus without distraction on a cognitively demanding task. This deep work is the key to competitive advantage in our hyper connected 21st century economy. Whereas most people will be lost in an illusionary productive whirl of emails, tweets, notifications, and other buzzes and flashes, the truly successful will be able to switch off and focus on actually being productive, solving problems, making correct decisions and creating valuable output. 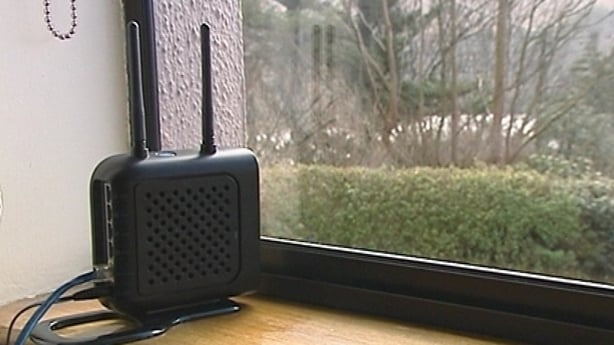 Some of my own research buttresses Newport’s polemic. For many third level students, the constant use of social media is chipping away at their self-control, the consequence of which is poor academic performance. But those who can resist the charms of social media tended to perform very well. These findings were consistent across students in Ireland, the US, and Finland. I suspect if we had gathered data from the 5G amped students of South Korea, the detrimental influence of social media on self-control and academic performance would be even greater.

North Koreans are unlikely to distracted by the bells and whistles of the web. There’s not much else to do there but think deeply. So does this mean they will have a competitive edge on other nations in the coming years and we should follow suit by restricting digital technology? Definitely not.

As in many things in modern society, the two Koreas represent extremely ends of the spectrum. We should consider the "Goldilocks Principle" which states that extremes are not good for us (as in too hot or too cold). We need digital technology in order to build businesses, create jobs, streamline Government, maintain our communities and provide entertainment. But for our long term wellness and productivity, it needs to be at a level that is "just right". As the South Koreans are now finding out, too much high speed broadband is not good for us. Their government are scrambling to find a solution, one of which, ironically, is to restrict internet access.

In terms of a way forward, much can be learned from our own nation’s rear-guard battle with food consumption. We need to consume food to function, just as we need to consume digital technology. But now we realise that the amount and variety of food, the timings of when we consume, and avoiding the sweet tasting salts and sugars producers place in food, are vital in ensuring our diet is at the "just right" level. The same rules apply to digital consumption.

Let’s learn from the South Korean experience. High speed broadband can come with significant long term costs. Just as education on healthy consumption is central to the National Healthy Weight Plan, so to should it be for the National Digital Strategy.