What time is it? A brief history of time management

Analysis: stress and anxiety over how we manage our time has been a problem since, well, the beginning of time

Time is our most prized asset, illustrated by its status as the most commonly used noun in the English language. Once gone, it cannot be retrieved. Unlike other possessions, we can't earn, borrow or steal it. Yet we are increasingly dependent on technology to control, structure and manage this most precious asset. Our every move is dictated by digital calendars and our time spent responding to over-flowing email inboxes. Research shows productivity apps and tools promise to manage our time more effectively, but have little or no impact. We are technologically tethered, iPhone addicted. Even when at rest, social media, gaming apps and other invasive technologies regain control of our time, teasing us to watch one more clickbait ad or play one last game.

Although contemporary debate often centres on the negative impact of technology on our time, this is not new. It has been happening since historical records began. Before engaging in a tirade against modern technology, it is worth reflecting on the struggle between technology and its (in)ability to help us measure and manage our time.

Sun-dials were our first technological step towards structuring our time. They originated in Egypt circa 3,500 B.C., and simply depicted time based on the sun’s shadow as it tracked across the sky. As sunrise and sunset varies each day, the first limitation of sun-dials in co-ordinating and managing people's time was that an "hour" was never the same two days in a row. Given Ireland’s latitude for example, an hour would have ranged from 38 minutes in winter to 85 minutes at the height of summer. This suited agriculture and other sun-dependent tasks, but not society in general. 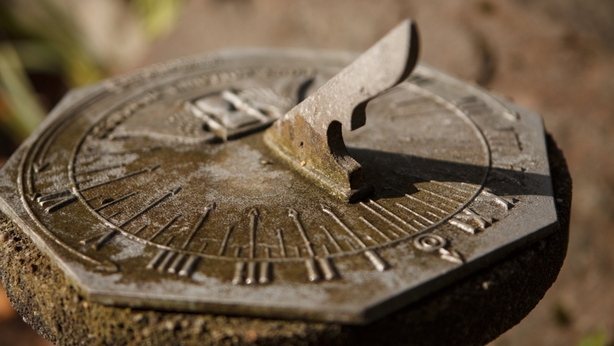 You're definitely late for that meeting now

There were also days - and weeks - where rain and cloud severed the link between sun and dial, and so the ability to tell the time, let alone manage it ,was lost. When asked the time in weather-beaten countries such as Ireland, it isn’t ideal to say "I don’t know, but the dial said 2 o’clock three weeks ago".

In 1,500BC, water and sand clocks emerged as humanity's next attempt at time management. Based on measuring flow from or to a container (similar to egg-timers), these were an effective means of organising short events such as sermons, lectures, and torture. However, the cost and scale of these contraptions (Su Sung’s famous water clock was 40 feet high) put them beyond the reach of most towns and so were only common amongst aristocracy. The small fact that water freezes made their use seasonal at best.

Around 1200 AD, Benedictine monks were the first humans to sever the ancient link between time and nature. They managed time in the belief that obsessive adherence to monastic order was needed to overcome "the enemy idleness" and chaos that underpinned the Roman Empire’s demise. They developed the verge escapement, a mechanism that regulates time through pendulum weights and later coiled springs. It used bells to communicate each hour and to guide all aspects of life from 6am to 9pm, mainly consisting of prayer and work.

From RTÉ Archives, a RTÉ News report by Liam Ó Muirthile on the restorarion of the Shandon bells in Cork in 1987

Unfortunately, these mechanisms were highly inaccurate, often 15 minutes early or late. As a result, dozens of bells would ring out across each European city in a continuous cacophony of noise from a quarter to until a quarter past each hour. Nobody could co-ordinate or organise their time around bells that often rang for as long as they were silent. The noise was so incessant that King Charles V of France decreed in 1370 that all Parisian bells must synchronise with those of the palace. The need to synchronise still persists today: until the Notre Dame fire in April, the cathedral’s 13 tonne bell "Emmanuel" would ring five seconds before every other to mark major Parisian events.

One of the most glorious achievements of time technology came in the 18th century when clocks provided a a way for sailors to accurately calculate and manage their location at sea and thus save thousands of lives. The problem was so difficult that a £20,000 cash prize was offered (equivalent to about £1.5m today). Finding a pendulum clock that could maintain such accuracy while withstanding a range of temperatures, the rocky motion of a ship and exposure to storms and winds was a very difficult challenge. A clock’s deviation of even an hour after months at sea may throw a location calculation out by 400 miles, and often resulted in many fatalities.

From RTÉ Radio 1's Ray D'Arcy Show, an interview with the first two voices of the speaking clock in Ireland, Francis and Antoinette

In more recent history, the most significant time management innovations have come during the darkest periods. The factories of the industrial revolution in England and New England are often vilified for the rise of clock-time and the resulting focus on mass production, standardisation and exploitation of labour. However, as Caitlin Rosenthal explains, it was actually the savage brutality of slavery throughout the American colonies that brought the most significant time-based techniques for workforce organisation.

The Nazi movement had a similar impact. The reason Spain’s timezone aligns with Belgrade and not the UK and countries of similar longitude is due to the Nazi regime and not the relaxed Spanish attitude as is often believed. The alleged negative ramifications for Spanish citizens include sleep-deprivation and lower productivity. Indeed, the Spanish government are still struggling with proposals to change working hours and breaks to accommodate this temporal misalignment between Spanish clocks and the rhythm of nature.

A second is now defined as 9,192,631,770 cycles of the radiation that gets an atom of cesium to vibrate between two states. It is a measure so precise it can be used to detect miniscule variations in the earth’s rotation, and enables things we take for granted such as GPS and mobile communication. It is all the more surprising then that we suffer from so many technology-driven time management issues in a time of such technological proficiency.

However it would be wrong to think that everyone today operates on similar levels of temporal specificity. Take the Amazonian Amondawa tribe for example. First discovered in 1986, they use no technology to structure or regulate their time. In fact, they have no abstract concept of time, nor time-related linguistic structures. There is no word for "time", or periods such as "month" or "year". We stress about "being late", "such little time", "working long hours" and "watching the clock", while no such constructs exist in Amondawa. Research has shown this is in no way due to cognitive limitations of Amondawas, but because the need to organise themselves within temporal structures simply never emerged.

Many may feel that going "full Amondawa" is impossible in Western civilisation. But for those who do, Mark Boyle’s The Way Home provides a reflective attempt to "unplug from the machine-world", to extricate from clock-time and instead live by the temporal rhythms of nature that every technology since the sun-dial has attempted to over-ride.