Why periods matter when it comes to females in sport

Analysis: elite female athletes and coaches are working with the menstrual cycle to gain a performance edge

Women’s sport is on the rise. However, when you mention menstruation to a lot of people, male and female, they still get uncomfortable. They think it is all about blood loss and pain and that it is too personal a subject to talk about openly. But elite female athletes and coaches across the globe are starting to work with the menstrual cycle to gain a performance edge.

We all know that physiologically women are different to men. But there has been a lack of research historically on female athletes in the area of high performance and, as a result, training practices for men and women have been very similar, if not the same. It is an issue that many elite sportswomen have spoken out about recently. Studies are now gradually emerging to provide a better understanding of the menstrual cycle and highlight how exercise and nutrition can be altered to advance female athletic performance and reduce injury risk, and, crucially, on how women need to train as women and not as men.

It’s not just about periods

When talking about the menstrual cycle, the key point is that it’s not just about those few days around menstruation – it is about the whole cycle. This is because the primary female hormones, oestrogen and progesterone, rise and fall throughout the entire menstrual cycle. As these hormones travel in the blood, they can affect everything from how athletes respond to training to how they recover and even to how their bodies metabolise or breakdown food for energy.

From RTÉ The W podcast, the story of the FIFA Women's World Cup 2019 so far with RTÉ soccer analysts Lisa Fallon and Louise Quinn and RTÉ Sport's Elaine Buckley and Jacqui Hurley

For example, in the first half of the cycle, as oestrogen rises, females are more likely to get the most benefit from a strength or high-intensity training session as the repair of muscle tissue is thought to be better at this time, and energy and strength levels rise to a peak. This changes in the second half of the cycle when progesterone levels start to ramp up, affecting other things like core body temperature, muscle breakdown, resting heart rate, breathing rate and insulin resistance.

Research is also indicating that there are certain points in the menstrual cycle where the risk of soft tissue injuries may be increased due to the effects of hormone fluctuations on ligaments, muscles and tendons. For example, the time most associated with an increase in risk of anterior cruciate ligament (ACL) injuries, the key stabilising ligament in the knee, is when oestrogen levels peak, just prior to ovulation.

This is because high oestrogen levels are linked with increases in joint laxity and changes in neuromuscular control. This means that the stability of the knee may alter and the muscles surrounding them may activate differently. It does not mean that an athlete should stop training, but, instead, by tracking and monitoring their cycle, they canadapt their preparation, training and nutrition in advance to lower the risk of ACL injuries during this window. 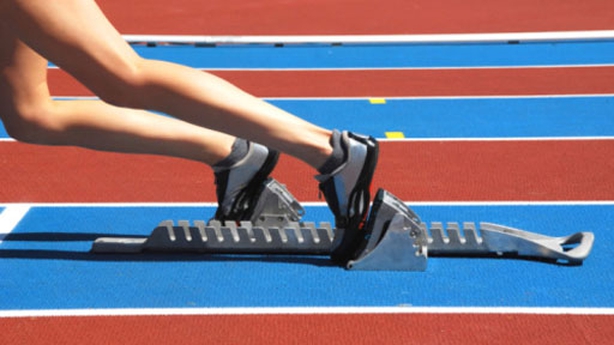 "How do we bridge the gap between the elite and the amateur environment to optimise female performance?"

A barrier to performance?

Away from the elite environment, many exercising women say the menstrual cycle continues to act as a barrier to achieving optimal performance. The results of a global survey (of over 14,000 women) conducted by Irish sports and data science company Orreco in partnership with Strava, the social network for athletes, and St Mary’s University Twickenham revealed that:

· 72% received no education regarding exercise and their menstrual cycle

The lack of discussion in the wider domain and the lingering sense of taboo and embarrassment around what is, in fact, a natural process is often driven by the fact that there is very little education available on how the menstrual cycle relates to exercise and well-being. So how do we bridge the gap between the elite and the amateur environment to optimise female performance?

At Orreco, we have been working with world-class female athletes for nearly two decades and have research partnerships with the Insight Centre for Data Analytics at NUI Galway and scientists at St Mary’s University and the University of Houston in Texas. As part of our female athlete programme, we developed FitrWoman, a free app to help active women track their period and tailor their training and nutrition to their menstrual cycle, so they know when to push harder, when to prioritise recovery, and how to maximise every training session. We have also introduced FitrCoach, an education and monitoring platform for coaches and their support teams to understand the different stages of the menstrual cycle and help redefine the way female athletes train in order to sustain peak performance at the highest level.

No matter what your favourite sport is, it is not about training harder, it is about training smarter and working with your natural physiology, not against it.